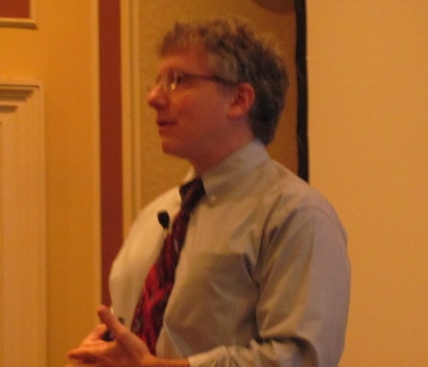 Jack Bernard, Associate Counsel, University of Michigan, discussed these two large and complicated copyright cases.  The plaintiffs filed their cases against the university libraries.  The defendants (the libraries) prevailed at the district court level, and the plaintiffs appealed.  GSU  has not yet had its oral argument; Hathi Trust has.  Both are fair use cases.  All the defendants are public institutions.  The 11th Amendment to the Constitution prevents plaintiffs from seeking monetary damages from state institutions in copyright cases, so they are seeking injunctive and declaratory relief.  They must assert and prove they are the copyright holders of the works at issue, and defendants made infringing and substantial use of a protected portion of plaintiffs works.

The Georgia State case was about professors loading excerpts of copyrighted materials into the university’s electronic reserve system, asserting that this was a permitted fair use.  The publishers asserted that if GSU were allowed to continue this, publishing would collapse.  They also asserted that what the professors did was like using coursepacks which are not fair use.  As a result of a trial, the judge found some infringement and a lot of fair use.  GSU was required to disseminate the court’s findings to its faculty and students. The plaintiffs have appealed.

The Hathi Trust case involved digitizing a university’s book collection to preserve it and make it available for searching and for use by people with disabilities.  The plaintiffs said that the defendants made millions of copies of copyrighted works and stored them.  All of their assertions are true.  They also asserted that the Trust is putting copyrighted works at risk and the copying was not fair use.  They wanted an injunction to stop the copying and placing all previously digitized files in a dark archive.  The Trust wanted the plaintiffs to stop bringing unnecessary lawsuits and defended its right to make copies.

The court found that the defendants did not infringe copyright, and that most of the copying was fair use.   This decision clarified aspects of the laws that are favorable to the Trust and to many other uses of content made at academic institutions, and specifically said that searching, access, and a search index are permitted uses under the copyright law.

These cases were unnecessary!  Fair use exists for all of us, and it is not an infringement.  According to the Constitution, copyright serves the purpose of enriching the general public through access to creative works.  The Framers of the Constitution intended copyright to be an engine of free expression, and the monopoly granted to the author serves the general public.