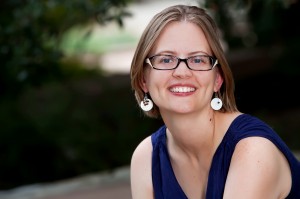 ATG: Jennifer we just learned that the Durham Library Foundation is hosting an online auction for people to bid on naming privileges for a character in your fourth romance novel Weekends in Carolina. What a great fund raising idea!  Who came up with it?  How would we go about putting in a bid?

JL: The donation of a character name was my idea, but it wasn’t an original one. Lisa Gardner and Lee Child have all done auctions for character names with the proceeds benefitting charity. The library’s marketing department and I floated a bunch of ideas about how to best “sell” the name and the auction seemed like the fairest. Anyone can (and should!) put in a bid at http://www.durhamlibraryfoundation.org/auction/. It’s a silent auction, so your name isn’t public.

ATG: The auction will end at October 31, 2013 at 8 p.m.  How will you notify the winner?  Can you give us a hint of what the character might be like?  How would the character fit in the plot of the novel?

JL: The library’s marketing department will notify the winner and they’ll let me know the winner, as well as the chosen name. The novel is set in Durham on an organic vegetable farm and the character will play a role on the farm.

ATG: Deep down every librarian wants to be an author, but you’ve actually done it. When did you first get bitten by the writer’s bug?

JL: I’ve always enjoyed writing, though I was never good at finishing stories. In second grade, I used to finish my stories with, “Stay tuned for the next exciting adventures in the tale of …” because I couldn’t write an ending. I wrote when I came back from China and got involved in Romance Writers of America. Then I got caught up in my library career and fell away from it. After winning the librarian of the year award, I thought, “If everyone here can finish a book, so can I.” I gave myself a year to finish a book and start submitting it.

ATG: How did a young librarian/romance writer from the Rocky Mountain West make her way to Durham, NC?

JL: Via a long, indirect route. I met my husband in college in Chicago and he came down to Durham for graduate school at UNC. When I moved back to the United States from Shanghai, I came to Durham and eventually went to library school.

ATG: You were honored by the Romance Writers of America and named librarian of the year in 2010.  Can you tell us about that?

JL: It was such a surprise and an honor! I had just started doing romance programming (a couple romance teas, along with inviting Sarah Wendell of Smart Bitches, Trashy Books to speak), so after I got it, I felt I really had to live up to the award and I’ve done even more programming around the romance genre since. The prize is a free trip to the conference and RWA treats you like a queen. You get picked up in a town car and Debbie Macomber sends you flowers. All the publishers invite you to their cocktail parties and every author you meet loves libraries. I made a lot of good connections at the conference and met some very dear people, many of whom I’ve invited to speak at Durham County Library.

ATG: You’ve written four novels so far.  Anymore on the drawing board?

JL: The life of a genre author means you’re always working on the next book. I’ve just started plotting out book five, building character descriptions, doing my research, etc. I’ve got plans for another series and another stand-alone. What gets written after book five depends on what I can sell to Harlequin and what I want to do on my own.

ATG: Do you have any words of wisdom for those librarians who share the dream of becoming a published author?

JL: Finishing the book was the big hurdle for me. I really had to develop the discipline to sit and work every day. Writing is 99% butt-in-chair and only 1% muse. Also, join a local writing group; you’ll learn so much. I’m lucky because the Romance Writers of America is the most professional, supportive, and with-it writing organization out there, but you will get good information from of all of them. It seems silly to say to a bunch of librarians, but reading is so important. Read in the genre you want to write in to get a feel for expectations and read in other genres to get ideas on how to play and expand on expectations (while still meeting them). Bob Mayer advises people to read big authors’ debut novels (the books that sold on merit alone) and breakout novels (the books where the author went from good to a great seller) and see what it was about those books that worked. And then write, because no matter how much you read, the words don’t get on the page until you put them there.

(The Dec-Jan issue of Against the Grain will feature a more in-depth interview with Jennifer where we hope to learn more about what it’s like to be a successful librarian/romance writer – as well as get her take on issues like self-publishing, the impact of ebooks, and changes in reader tastes from her vantage point as a adult services manager.)

Do you want to have your name immortalized in print?  Or maybe you’d like to make this unique naming opportunity a gift to that special someone in your life.  Well if so, get online now and submit a bid at  Name a Character in Upcoming Romance Novel  (All proceeds benefit Durham Library Foundation.)