ATG Hot Topics of the Week

ATG Hot Topics of the Week 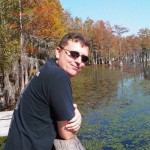 As academia has been diving into the fall semester, I’ve saved up some hot topics from the month of August.  So in case you’ve been busy as well, here are some items you might have missed.

The month kicked off with the University of California system adopting an open access policy.  A press release and FAQ’s are here.

Cory Doctorow recorded a short video at ALA about the licensing and pricing of e-books, to tie in with ALA’s “Authors for Library E-Books” petition.  NPR then did a feature on librarians and publishers debating the topic, with a shoutout to The Big 6 on Facebook.  (By the way, NPR has also been doing a series of segments on American public libraries.)  A week later, Gluejar president Eric Hellman flew a proposal for “A Rational Framework for Library eBook Licensing.”

Johns Hopkins University Press’ blog features author Rebecca Anne Goetz with her brilliant explanation of the folly of the American Historical Association’s statement on embargoing theses and dissertations.  Check out how her own open-access ETD has helped her get published.

And watch this space for a big announcement coming soon from a consortium of colleges about a new publishing program.