ATG Article of the Week: Combining The Nation’s Digitized Libraries, All In One Place

ATG Article of the Week: Combining The Nation’s Digitized Libraries, All In One Place

Combining The Nation’s Digitized Libraries, All In One Place is a segment from NPR’s special series Keys To The Whole World: American Public Libraries recently posted on their website.  Reported by Laura Sydell, it highlights the Digital Public Library of America and its attempt to consolidate digital library collections  throughout the country.

Not surprisingly, these efforts are already paying dividends for researchers and libraries alike.  As an example, the 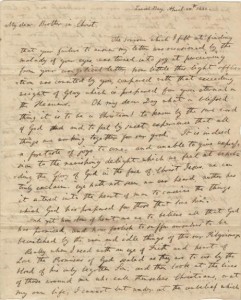 report relates the experience of “Lincoln Mullen, a graduate student at Brandeis University  was able to locate a collection of letters by a slave owner, William H.W. Barnwell“ digitized at our very own Addlestone Library, College of Charleston.

Mullen is researching the history of religious conversion in the United States and admits that it would have been very difficult to locate these letters doing a basic internet search requiring “lots and lots of browsing.”    The “one stop shopping” potential of the DPLA  is an obvious advantage and a number of libraries are jumping on board.  According to the article “the collection is growing by about 500,000 new books and documents each month.”

However, while extolling these efforts, the report also points to concerns about the mission of the DPLA.  Many librarians and other stakeholders  have higher expectations than merely offering a collection of public domain historic records.  The report also poses a possible role for the DPLA in addressing more complex issues like ebook accessibility and copyright.