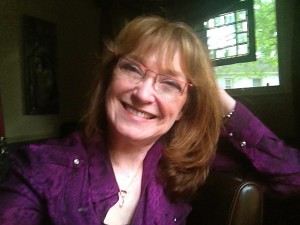 Professional Career and Activities: Carolyn Bain, Ph.D. is president of the award-winning media firm, Bain Pugh & Associates, Inc. Before migrating from academia to a career in media, she served as Associate Professor with tenure and Head of Theatre at the University of Alabama-Birmingham. She returned to academia to complete her Ph.D. in Theatre and Performance Studies in 2007 at the University of Maryland, College Park where she was a fellow of the Maryland Institute of Technology in the Humanities (MITH) and the Clara and Robert Vambery Foundation. She periodically teaches adjunct at UMD where she uses media in the classroom to challenge students’ perceptions of evidence and to encourage media usage as both a research tool and scholarly product. Her ongoing research focuses on the eventification of celebrity and commodification of identity.

In My Spare Time: What spare time? I run my own business! : )

Philosophy: We only grow more so

Most Memorable Career Achievement: Completing my Ph.D. in 2007

Goals I Hope to Achieve Five Years from Now: Integrating scholarship with media

How/Where Do I See the Industry in Five Years: Media scholarship with equivalent standards of print scholarship