ATG Article of the Week: 5 Academic Publishing Trends to Watch in 2013

ATG Article of the Week: 5 Academic Publishing Trends to Watch in 2013 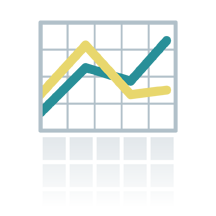 5 Academic Publishing Trends to Watch in 2013

George Lossius, CEO of Publishing Technology, provides some food for thought in this recent piece on future trends in academic publishing.  Noting that 2012 was an “eventful, some would even say turbulent, year” Mr. Lossius predicts more of the same for the coming year.

First among his five predictions for 2013 is the the impending demise of the impact factor as it gives way to “smarter measurement tools that can benefit publishers and the wider academic community.” Second on the list is continued consolidation and M&A activity “amongst the mid-sized and larger academic publishers in 2013.” Despite recent surveys showing that students have yet to take to etextbooks, Mr Lossius think that etextbooks, or what he refers to as “agile textbooks,” will finally come into their own in 2013.  The new year will also see academic publishers alter their approach to app development as mobile devices increasingly dominate.  Mr. Lossius sees “a move from device-based apps to web-based apps” as “closed” technology products lose their grip on the market.  And finally, he agrees with many others that “the future is data”.  But in this case, he is referring to the fact that increasingly publishers are “creating interfaces with formatting templates, filters and tools that can generate customized reports” to their customers, as well as wider audiences.

Obviously you’ll need to read the whole article to get the full impact of Mr. Lossius’ arguments.  Fortunately it’s a fairly quick read and well worth the effort.