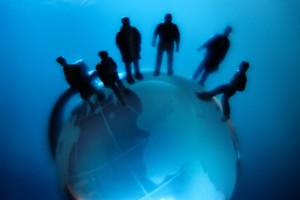 Here is the latest “People in the News” column by Ann-Christe Galloway.  It is from the January 2013 issue of C&RL News and it lists a number of announcements,  appointments, retirements and obituaries related to academic libraries throughout the country.  And in case you missed it here is the link to the December column.

Marjorie M. K. Hlava, founder and chair of Access Innovations, Inc. of Albuquerque, is among 32 New Mexicans honored as 2013 “Women of Influence” by Albuquerque Business First.

Hlava, a pioneer in the information management industry, founded Access Innovations in 1978. She holds 21 patent claims in two patents for a number of technological processes including automatic text processing and management and software-based methods for searching chemical names in text-containing documents.

She was chosen from more than 400 nominees by a panel of judges based on her leadership, community service and support of other women in the professional world…

With the start of the new year, De Gruyter is expanding its editorial team in the US. Alexander N. Greene will spearhead the ongoing development of the STM (Science, Technology, Medicine) program area at the publisher’s Boston offices.

In past years De Gruyter strengthened its humanities program in US, hiring seven new employees. The US sales team was also expanded to seven positions. Thanks to these new hires De Gruyter was able to enhance its market share and improve its reputation in the American academic community.

“The new editorial positions in Boston are part of the ongoing strategic expansion of De Gruyter’s international activities,” says Sven Fund, CEO of De Gruyter. “Our new colleagues in Boston will help to elevate the profile of our company in the word’s largest market for academic publications.”