Reuters reports that “Apple Inc and four major publishers have offered to let retailers such as Amazon.Com Inc sell e-books at a discount, in a bid to end an EU antitrust investigation, the European Commission said on Wednesday.

The Chronicle of Higher Education notes that “the Internet Archive just launched a new archive of TV News Search & Borrow that promises to be a valuable tool for researchers both in and out of the classroom. At launch, the collection has over 350,000 broadcasts, and offers the ambitious promise of continuous updates to come… 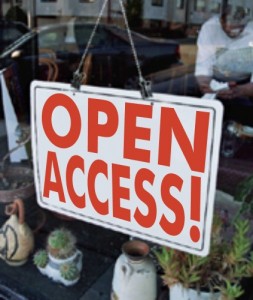 The new charges are the latest in the unusual saga of the programmer, Aaron Swartz, who was first charged in July 2011 on four felony counts for allegedly abusing computer networks at the Massachusetts Institute of Technology and disrupting JSTOR’s servers…”

“Brill and Semantico are pleased to announce a … new collaboration for the design and engineering of a new platform for Brill’s primary source collections. The expected delivery date for the platform is early 2013.

Following a pitch in June 2012, Brill has chosen Semantico to design and engineer the new platform for Brill’s primary source collections. This new platform will consist of thematic collections holding unique materials such as rare books and documents from around the world…”

“Films from Alexander Street Press’s counseling collections will serve as the basis for a new academic study on sexual orientation in the psychotherapy session.  The study will be conducted by researchers from Arizona State University and the University of Tennessee, and is made possible by a $60,000 grant from the National Science Foundation.

Co-investigators Patrick Grzanka of Arizona State University and Joe Miles of the University of Tennessee will use twenty educational videos from Alexander Street Press’s recent counseling collections to conduct their research. The source material for their studies is more than 1,200 minutes of content, including actual psychotherapy sessions, simulated sessions, and documentary content…”

“The National Information Standards Organization (NISO) announces the publication of the COUNTER-SUSHI Implementation Profile (NISO RP-14-2012). The new Recommended Practice provides a practical implementation structure to be used in the creation of reports and services related to harvesting of COUNTER Release 4 reports using the NISO SUSHI Protocol. The Standardized Usage Statistics Harvesting (SUSHI) Protocol was issued as a standard (ANSI/NISO Z39.93) in 2007 to simplify and automate the harvesting of COUNTER usage reports by libraries from the growing number of information providers they work with. COUNTER (Counting Online Usage of Networked Electronic Resources) is an international initiative that published their first Code of Practice in 2003 and issued Release 4 of the COUNTER Code of Practice for e-Resources in April 2012. XML schemas supporting the Implementation Profile and Release 4 of the Counter Code of Practice have also been published by NISO, which has an agreement with COUNTER to maintain the schemas and keep the SUSHI and COUNTER schemas in synch…”

The RetailBulletin reports that “Kobo, the e-reader brand, has announced a partnership with the Booksellers Association of the UK & Ireland that will result in its e-readers being sold in 3,000 local bookshops.

The move follows the launch of Kobo’s new range of e-readers and the company’s recent partnership with the American Booksellers Association.”