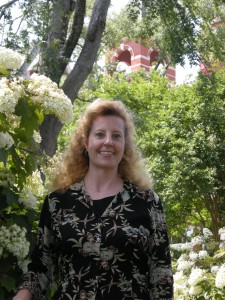 Born and Lived: I was born in and attended school through my MLS in Buffalo, New York. Yes, it is cold and snowy in the Winter, but beautiful in the Summer with many surrounding parks and waterways! And of course the mighty Niagara Falls!

Professional Career and Activities: Most of my career has been as a Medical Librarian up through this past September 2, 2011.  I was employed at the Claude Moore Health Sciences Library at the University of Virginia, in Charlottesville, Virginia (1990-2011) and was involved with Cataloging, Metadata, Electronic Journal KnowledgeBases, and some EMR (Electronic Medical Record) cross-over work. Professionally I have been very involved with ISO/NISO standards within the MLA (Medical Library Association). As of September 12th, 2011, I assumed the position of Serials Acquisitions Librarian at the Auburn University Libraries, in Auburn, Alabama.

Family: I am newly married to a Biomedical Engineer who is also employed at the Auburn MRI Research Center which is associated with Auburn University.

In My Spare Time: I like to try out new cooking/baking recipes, sing, play the piano, exercise, dance, be active at my Church and in the Community, and read!

Favorite Books: The Bible; Seven Habits of Highly Effective People; Arise: A Christian Psychology of Love; Please Understand Me: Character and Temperament Types ; The Wisdom of the Enneagram: The Complete Guide to Psychological and Spiritual Growth for the Nine Personali

Pet Peeves: Dishonesty and mean spiritedness in all its forms.

Philosophy: Do your best in all things (large and small) and treat others as you would like others to treat you.Do the right thing and not necessarily the easiest thing!

Most Memorable Career Achievement: Writing a book chapter that was based on almost ten years of collected data. “The Name and Role of the Cataloger in the Twenty-First Century ” in Innovative Redesign and Reorganization of Library Technical Services: Paths for the Future and Case Studies edited by Bradford Lee Eden (2004).

Goal I Hope to Achieve Five Years from Now: To contribute in some way to the fruition of dynamically linked data involving various types of journal metadata, ERMS’s and discovery tools where efforts are not duplicated but created once and enhanced and repurposed wherever and whenever needed from de

How/Where I See the Industry in Five Years: More deeply “cooperative,” “linked,” and “standardized” from micro data levels to macro people and organizational levels which is vital for flourishing the Semantic Web and the data driven needs on many levels: personal, local, national, and global; as well as in several key areas:  education, research, governments, economics, safety, health, creativity, and entertainment.