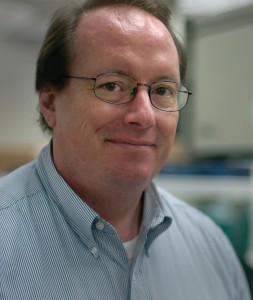 Born and Lived: Born in Colorado.  Raised in Utah until 3 then moved to Maracaibo, Venezuela.  Later moved to The Hauge, Netherlands for elementary school.  Returned to Central Texas briefly then middle school and high school in Arvada, Colorado.  Undergraduate in Pittsburgh and graduate degree in Austin, Texas.  Professional positions in Baton Rouge, LA and Princeton, NJ.  Currently living in Costa Mesa CA and working in Irvine CA.

In My Spare Time: I write short stories and paint with oils.

Pet Peeves: California drivers who merge in front and don’t signal before changing lanes.  Having personal habits that are other people’s pet peeves.  Sleet and ice storms.

Philosophy: Seize the day and revel in your time.  Build for today and hope for tomorrow.

Goal I Hope to Achieve Five Years from Now: Transition from print-based collection development to electronic collections for monographs and grey literature.

How/Where I See the Industry in Five Years: Electronic distribution of monographs will predominate with the widescale adoption of portable readers.  Most 4-year colleges and universities will offer one-third to one-half of courses as online courses.  I see fewer individual or family operations as consolidation of book sellers creates a smaller number of large scale book selling enterprises.