ATG Book of the Week: Rise of Charleston

ATG Book of the Week: Rise of Charleston 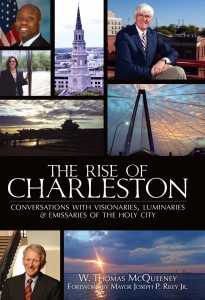 Since its 1670 founding, Charleston has experienced the devastation of wars, economic hardships and natural disasters. And yet, Charlestonians and their city have prevailed through it all. It is in this current generational surge that the Holy City has experienced meteoric success and taken its place on the world stage. This thematic weave of essays drawn from interviews explores those essential personalities who have lifted Charleston to its new perch as a must-see destination—one that is known as the most welcoming and the most recommended in America. Join engaging local author W. Thomas McQueeney as he relays stories of the 1950s, ’60s and ’70s through the eyes of those who have witnessed Charleston’s evolution to become the charming city it is today.